In what is a genius piece of technology that has the potential to save numerous lives, a start-up company named ‘ibeat’ has released a watch which has the capabilities of detecting irregularities in a users heartbeat and warns of possible cardiac arrest. Ryan Howard is the man behind the smart watch product and has a history of health based innovations with him being the previous founder of ‘Electronic Health Records’, he states his motivation behind the development was down to the loss of his friend to cardiac arrest at just the age of 40.


The operational process of the watch is that, when it does detect a problem, it will sound an alarm to enquire whether the user is okay; should there be no response or the user pushes the ‘no’ button, the watch will then proceed to automatically dial the relevant emergency services and any contacts which have been saved into the system. One of the most impressive things of the watch is that the watch does not require an accessible Smartphone to function, due to having its own built in cellular connectivity; the operating system will also have a GPS in which to make the response time that much quicker and allow the chance of survival to be higher. The emergency services time will not be wasted however, the watch will send out a text and map of the user’s location/movement, which will allow them to respond in an appropriate way, should that be sending out an ambulance, communicating with the nearest GP or just speaking to the user. 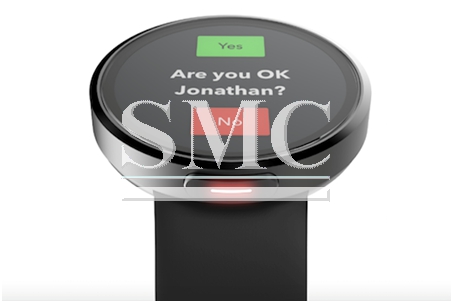 Ryan Howard has teamed with well-known ‘celebrity’ Dr. Mehmet Oz in the development stages of the product but also to promote the reliability of the product. Dr. Oz has regularly stressed that the chances of survival from cardiac arrest when not inside a medical facility are worryingly slim and that the iBeat watch has the potential to slash these statistics, particularly with people whom are prone to cardiac arrest such as diabetes sufferers and those with high blood pressure and elevated cholesterol.
The product does have a few sceptics, whom question its reliability when users are performing physical activity (when cardiac arrest is most likely to occur) and those whom have irregular breathing levels. Nevertheless, the product has already received in excess of $1.5 million of funding, highlighting the confidence investors have.